During the last week of April, an ice jam occurred on the Athabasca River resulting in flooding of Fort McMurray, Alberta, Canada. River ice jams are a major source of flood risk in cold regions, particularly during fall when the river freezes, and in spring when the river ice breaks-up.  The resulting overland flooding in Fort McMurray has displaced 13,000 people and damaged 1,200 properties[1].

Early warning of ice jams and flooding can reduce the risk to local population and allow hazard mitigation. However, these events are very difficult to accurately model and forecast. Monitoring of river ice therefore plays a very important role in early warning.

The River Ice Teams for the Canadian provinces of Alberta and Quebec are working together with Deltares to set-up operational access to near real-time satellite data and develop methods to detect and classify river ice. Synthetic Aperture Radar (SAR) is one type of data being used to monitor and detect river ice. SAR satellites offer sensitivity to the physical structure of river ice and can be used to differentiate between types of ice formations. River ice can be detected using the Sentinel-1 SAR imagery which when classified can show the progression and accumulation of river ice.

The two images show the path of the Athabasca River through Fort McMurray. Two SAR images were processed to show which parts of the river are covered by ice (white), and which parts are open water (blue). Between April 23rd and April 28th, ice consolidated and jammed in the river bend at Fort McMurray. This caused river levels to rise behind and around the ice, causing ongoing flooding.

On 28th and 29th of April were two cloudless days, which coincided with an overpass of Sentinel 2A and 2B satellites. Using a false composite image, the extent of the flooded area becomes clearly visible. 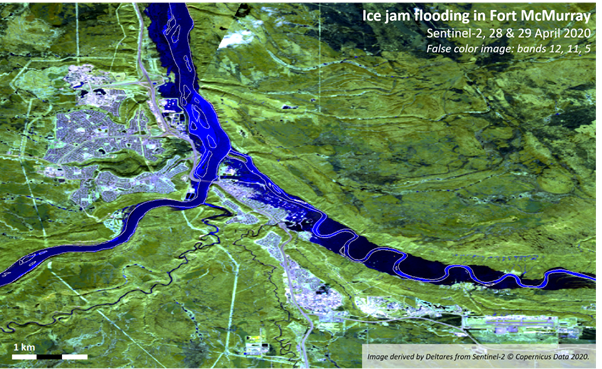 Sentinel-1 and Sentinel-2 near real time imagery are being integrated into Delft-FEWS for operational use. This includes the ability to display, combine and customize the view of optical imagery bands. The result is a customized operational remote sensing data over the rivers of interest.

The research project is supported by Deltares and supervised by experts from the River Ice Team at Alberta Environment and Parks, Natural Resources Canada, TU Delft, and Deltares. River ice classification methods from this initiative will be integrated into operational Delft-FEWS systems. This project provides better monitoring of river ice for flood forecasters and reservoir operators in cold regions and demonstrates a real-time application of satellite data for decision-making. Satellite-derived information will improve the quality of information available and can eventually be used for advanced modelling applications. 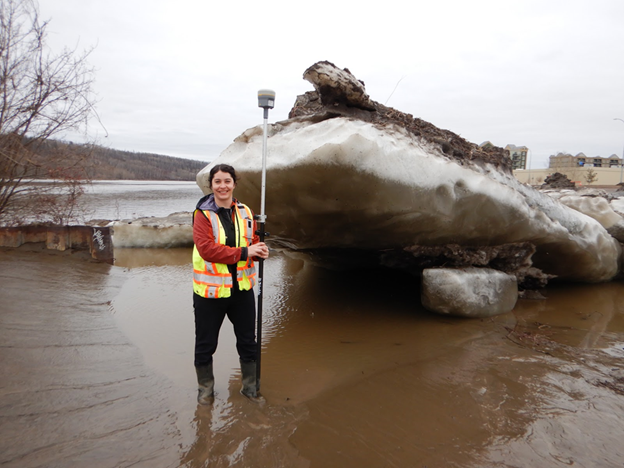 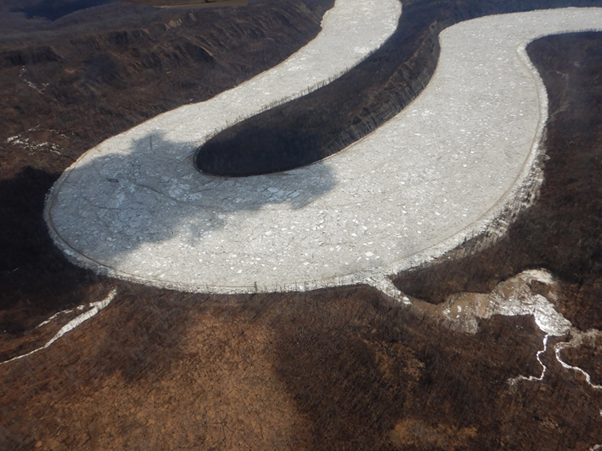 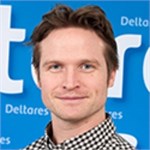