People affected by flooding increasingly share their observations and needs through digital social media. This is a new and exciting source of data for water professionals. It provides a valuable on-the-ground perspective of flooding in real time. These data could be used as ‘citizen sensors’ in Flood Early Warning Systems (FEWSs) to monitor floods in real-time outside the river gauges.

Earlier we showed a proof of concept for creating a Twitter-messages-based flood map in Jakarta. We went one step further and also investigated the uncertainties in these data for flood mapping based on a case of flooding in York. These pilots focused on the sole use of data from Twitter, while in reality there are always other data sources available. If it’s not local telemetry or forecasts, then global real-time datasets may add to the information requirement of disaster management. To further explore how these global datasets and social media can strengthen each other, we linked up a global flood forecasting system (GLOFFIS) with a global flood monitor (GFM) on Twitter. This proof of concept shows how FEWSs can be expanded with local citizen data to provide a more complete picture during floods.

The FloodTags Global Flood Monitor (GFM) realtime service provides a real-time overview of cities around the world which are hit by floods by harvesting Twitter messages. The GLObal Flood Forecasting Information System (GLOFFIS) is a global hydrological forecasting system that forecasts river runoff for 1 to 14 days in advance. The forecasts are based on external forecasts of precipitation for the entire world, with a resolution of 1 degree. Due to its global character however, it is hard to determine the exact (simulated) discharge thresholds at which flooding is likely to occur. By linking both systems, we can now create flood alerts based on realtime ground-truth flood observations. By linking forecasts of runoff to the detection of floods with Twitter, users of the GFM dashboard can see whether problems are expected to increase or decrease. At the same time we can learn from ground-truth flood information at what discharge thresholds in GLOFFIS, flooding is likely to occur. Both GLOFFIS and GFM are operated within in the Deltares iD Lab.

Salem, Indiana, USA, May 2017 “Heavy rainfall of up to 5 inches (127 mm) fell in a short period of time during the evening of 19 May. The National Weather Service issued a flash flood emergency for all or parts of Washington, Jefferson, Clark and Scott counties. … Levels of the Blue River at Salem reached record heights of 20.15 feet in the early hours of 20 May, beating previous highs of 17.1 feet set during May 2004.” (Source: floodlist.com)

The figure at the top of this news item shows a screenshot from the FloodTags Dashboard with flood observations from around May 20th in the state of Indiana, USA. The screenshot also contains a hydrograph with simulated (historical and forecasted) discharge from the GLOFFIS system for the same day. Both systems show the occurrence of floods in Blue River at Salem. The GLOFFIS system shows how the discharge is likely to decrease in the following days, while the flood observations from twitter proved additional information about the status and impacts of flood in real-time. Together they to provide a complete picture of what is happening on the ground. In the example the model peaked just before actual flooding occurred, i.e.: The modelled peak discharge occurred on the 18th, while the flooding started on the 19th. This illustrates how twitter messages about flooding are of added value to improve the forecast.

By collecting flood observations from Twitter and relating them to simulated flows from GLOFFIS, we are creating a database of flood thresholds and that way incrementally improve the early warning capability of GLOFFIS. The other way around, forecasts from global sources such as GLOFFIS can be used to adapt the search algorithms to yield more observations from social media. Ultimately this will lead to an optimal use of all citizen sensors during flood events.

Social Media to the Rescue During Flood Events? FCERM.net blog 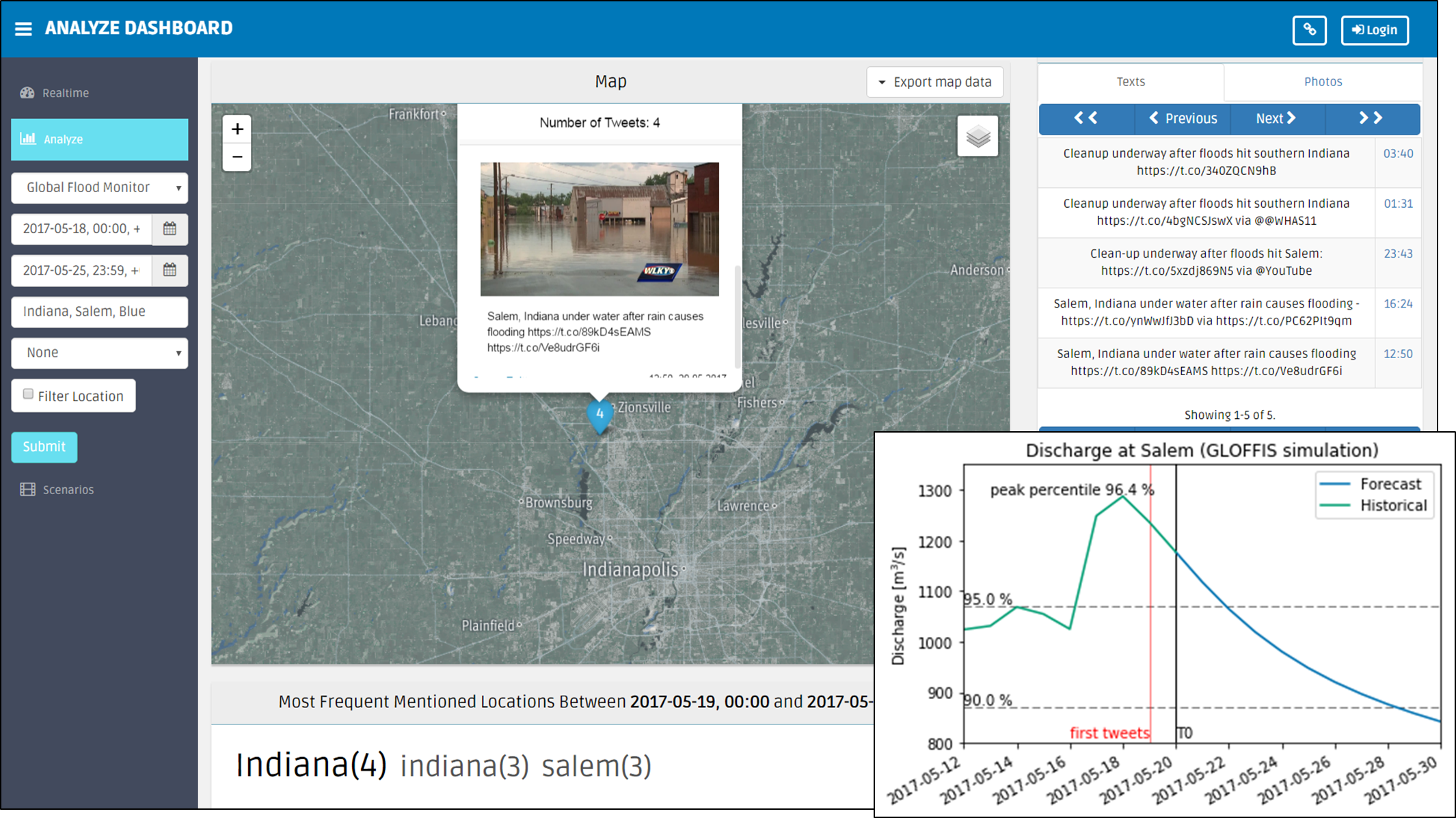 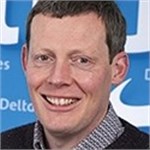