During levelling in locks the ships experiences forces. These forces have to be handled with mooring lines. The forces can be decreased by extending the levelling process. However, this decreases the capacity of the lock. The challenge is to level safe and quick.

Lockfill calculates the longitudinal forces during this levelling process. The software contains schematisations of the levelling process, which makes the calculation fast. The result is accurate enough to act as a test and design tool.

The software has been developed during the '80's and '90's, commissioned by Rijkswaterstaat. It has been validated and calibrated by older reports. These reports contain scale model measurements, which are performed by Delft Hydraulics.

LOCKFILL was updated a few years ago and has been used in quite a few projects since that time, for example RINK, the new navigation lock at IJmuiden and the new lock at Terneuzen.

LOCKFILL is freely available, since July 2015. Deltares can be asked for help by its users. Next to that, Deltares will improve LOCKFILL continiously by new and more detailed knowledge from new research.

Not all levelling systems present in LOCKFILL are available to the user because of the lack of validation, difficulty in defining the parameters or limited usability. The user will be able to perform calculations using several types of levelling openings in the lock gates (including shutter slides and butterfly valves) and short culverts (with silling chamber). It is not possible to perform calculations with a density difference. Calculations using the other levelling options and the possibility to apply a density difference can only be performed using the development version. Calculations using the development version can be carried out by Deltares.

When LOCKFILL starts the user is presented with the main window as shown in the figure right. This figure also shows the different components present in the interface. The Controls show the basic workflow of LOCKFILL; create or open an input file, edit the input file, run LOCKFILL and export the results. The Preview paneshows the currently selected input file for review purposes. The Message pane shows any messages given by LOCKFILL, for example errors. From the Output pane the user can view the results of a calculation before exporting the results

File controls can be found in the File-menu. Language preferences can be changed in the Settings-menu. For reporting purposes it is possible to change the language in the plots generated by LOCKFILL, the options are Dutch and English. The interface and textual output is in English. In the Help-menu information about LOCKFILL can be found. 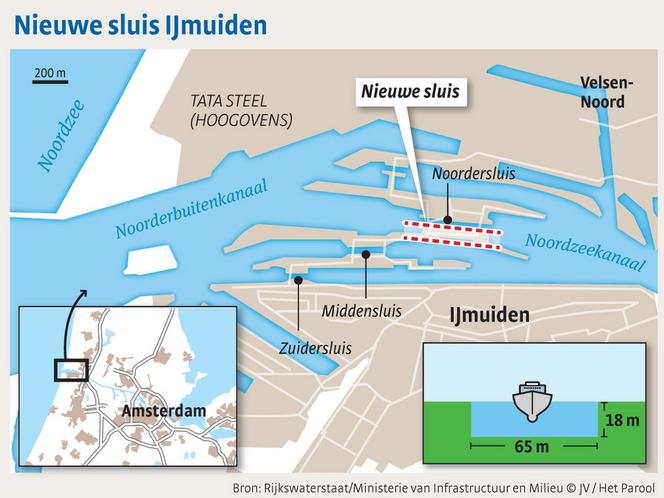 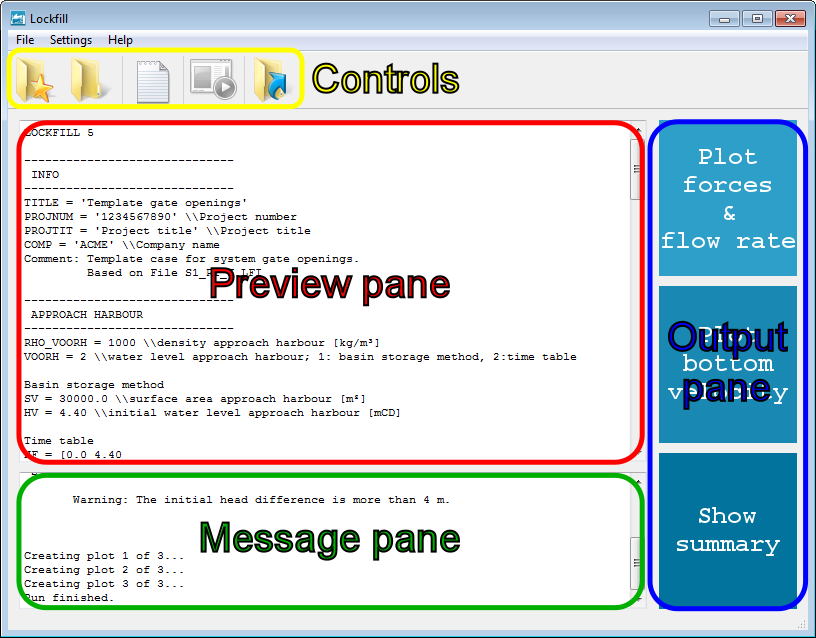