Lockfill has been validated with quite some measurement data from scale model tests. These tests have been performed by Delft Hydraulics for different locks in the Netherlands.

One of these tests was done for Lock Rozenburg. Lock Rozenburg connects the Calandkanaal and the Hartelkanaal. The lock contains two chambers. The total length of the connected chambers add up to 330 meters. The width of the lock is 24 meters. The levelling process in this lock takes place through the lock gates.

The lock has been opened in 1971. In that time the Calandkanaal contained salt water and the Hartelkanaal contained fresh water. After the removal of the Beerdam both canals became brackish.

Important input parameters for Lockfill are the levelling system, the waterlevel difference and in this case also the density difference.

The results of one of the measurements and the Lockfill calculation can be found in the following figures.

It can be seen that the measurement data and the Lockfill calculation have a good agreement. The maximum forces are quite close and the behaviour is also quite well represented. 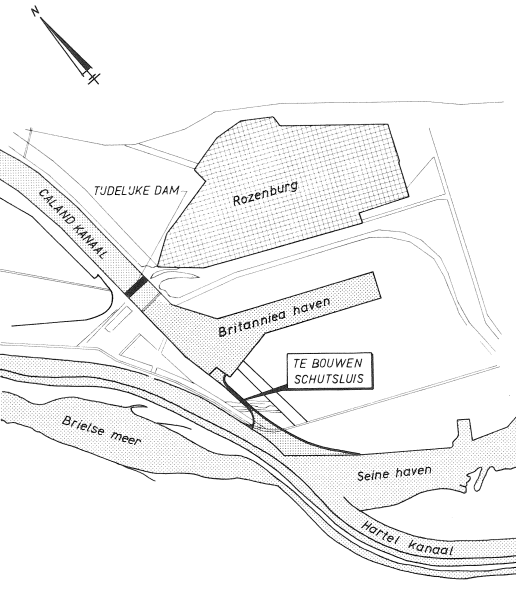